Anger Management: Why We Have Emotions 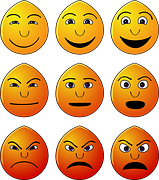 Think of your emotions, like your senses, as a means by which you get information from the world.  Emotions provide further information about the environment and your relationship to it.  Emotions such as fear and anger are necessary for basic survival.  For example, anger warns you of a possible threat and prepares you to take action against that threat.  Fear also warns you about a threat, but prepares you to flee.  When you are sad, it means that there is something missing from your life, and you are drawn to others to comfort you.  When you are generally happy around a particular individual, you probably will want to spend more time with them, knowing that your love and belonging needs are being met. Denying or ignoring one’s emotions is as foolish as deliberately blinding oneself or puncturing your ear drums.

Based on laboratory studies and field research with many cultures around the world, the anthropologist Paul Eckman determined that there are six primary human emotions, which are hard-wired and available from birth.  These are:  Anger, Fear, Sadness, Joy, Surprise, and Disgust.  Different cultures have different rules about how emotions ought to be expressed. For example, people in Northern Europe are more reserved compared to people from Southern Europe.  However, facial expressions for each emotion are the same across cultures.  A person who is angry, for example, will exhibit lowered and furrowed eyebrows, glaring eyes and tightly-clenched jaw.  Even when people are consciously trying to disguise their feelings, their face will show at least some signs of the emotion.

In addition to the six primary emotions, humans also experience what have been called “social” emotions, necessary for meeting social demands and expectations.  The major social emotions are:  shame, guilt, jealousy, embarrassment and pride.

Some emotions, like jealousy and anger, are very powerful and can be misused.  When you feel a strong emotion, you tend to go with it because you learned to “trust your gut.”  However, emotions are only as accurate as their wiring in your brain.  Abuse, trauma, and other experiences can result in distorted emotions that can’t always be trusted.

Furthermore, for most individuals, especially men, experiencing and expressing emotions can make them feel vulnerable.  Anger can make you feel temporarily powerful, which is why it can take over and mask other emotions.  But expressing vulnerable feelings can be very useful.  When loved ones do things you don’t like, expressing feelings such as disappointment, hurt, betrayal, or embarrassment will cause them to feel guilty and to change their behavior because they want to.  Expressing only anger may cause them to stop listening or comply out of fear. 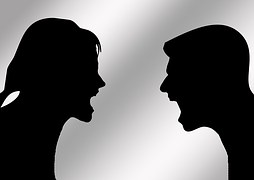 The great majority of relationship aggression, sometimes known as domestic violence or intimate partner abuse, involves high conflict interactions involving primarily verbal aggression.  According to the most recent, large-scale national survey on domestic violence conducted by the Centers for Disease Control and Prevention, each year approximately 7.5 million women and 7.3 million men are victims of physical assaults at the hands of their partner.  Physical forms of relationship aggression occur in about 15% – 20% of relationships, and typically consist of infrequent pushing, grabbing, and throwing things, resulting in no or minor physical injuries.

The most serious type of relationship aggression, known as battering, is typically chronic, involving more severe physical assaults leading to physical injury, and usually accompanied by high and frequent rates of emotional abuse and attempts to dominate and control the partner. Individuals who are controlling of their partners are much more likely to also be physically assaultive.  Batterers can be either male or female, but women are more likely than men to suffer serious physical injuries.

In about 50% – 60% of relationships where there has been some form of physical aggression, both partners are violent. Men and women assault one another and strike the first blow at approximately equal rates, and are motivated for the same reasons – for example, to control, to express frustration, in self-defense, or in retaliation for something their partner did.

Non-physical forms of relationship aggression are much more prevalent.  According to the 2012 literature review by Carney and Barner, 40% of women and 32% of men have perpetrated expressive abuse (e.g., name-calling, ridiculing; sometimes out of anger and in response to provocations, and sometimes intended to degrade and humiliate the partner), while 41% of women and 43% of men have perpetrated coercive abuse (e.g., monitoring partner’s whereabouts, threatening; intended to control).

Many more relationships are characterized by “Dirty Fighting,” behaviors such as bringing up the past, not listening and blaming that are not strictly “abusive,” but undermine healthy communication and problem-solving.  The underlying motive when using these behaviors is to win the argument, rather than arrive at a mutually-agreed upon consensus.  The effect of these behaviors is to make the other person feel too confused, guilty, overwhelmed or worn out to effectively make their case, so that in your mind you “won.”

Examples of dirty fighting include “brown bagging,” – bombarding the other person with all the complaints you have been wanting to talk about, all at once;  “overgeneralizing,” making comments like, “You’re always late” and “I can never count on you,” and “cross-complaining” – for example, instead of taking responsibility for your actions, you complain about something your partner did.  All forms of relationship aggression are destructive, with physical as well as psychological consequences.